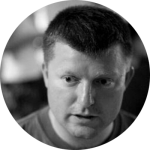 In 2010 Tom founded the UK’s Government Digital Service (GDS), and served as its deputy director until 2015.

GDS was established to make sure that the UK government offers world-class digital services that meet people’s needs. GDS is now recognised as a world-leader in digital government transformation, having raised the UK from 10th to 1st in the UN e-government rankings. GDS has been cited as a model by the US, Canadian, Australian and Singapore governments who have since established their own digital departments.

Tom wrote the UK Government Digital Strategy in 2012, and led the agile project to create GOV.UK, the single website for UK Government, which has now received over 2 billion visits, and won the UK’s top design award in 2013. He also led the digital transformation of several other public services, including resetting the largest reform of the welfare state since 1947 as a successful agile transformation programme.

With the two other founders of GDS, Tom has recently started a consultancy called Public Digital which supports senior leaders in governments around the world as they transform their services using Internet-era ways of working.

Between 2001 and 2007 he was responsible for the BBC’s Internet strategy, after launching the BBC’s first sport websites in the late 1990s.

Since the late 1990s he has advised politicians, governments and other large institutions on how to make the most of digital technology and the resultant changes in people expectations.

He was the driving force behind a raft of innovative e-democracy websites including TheyWorkForYou.com, and later helped found mySociety, a global civic-tech charity

From 1995 to 1997 Tom was an editor on the UK edition of Wired Magazine, after which he ran Capital Radio’s websites and founded local information startup UpMyStreet.com